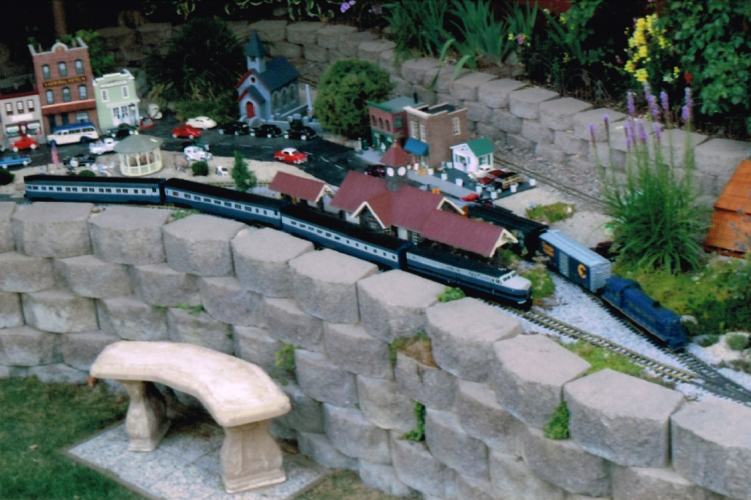 The Falling Water Railroad was established in 2002. The early years entailed installing a keystone retaining wall, hauling fill and running many feet of electrical wiring. The block wall raises the railroad so that it can be easily viewed. Our railroad is based on a short line in the mid 1950’s connecting the towns of Charm City and Sweetwater. In between is a service junction named Falling Water, thus the name of our railroad. Currently, there is approximately 200 ft. of Aristo-Craft brass track with 6 LGB electrical switches. The rail is powered by a Bridgewerks transformer with a remote, hand-held puck. All track radiuses are 10 ft. which accommodates my equipment and just about anything that friends want to run. There are two wooden bridges, a girder bridge and a trestle connecting Sweetwater to Falling Water junction, where one will find a resort area, small pond and waterfall with a snow shed protecting the exit. After seeing Jigstone & Stone Works exhibited at a convention, I’ve been hooked on cement buildings. As of now, we have 18 structures. Some have been outside for seven years and still look great. Our most recent addition to the layout is a point to point street car line. The street car and its town, Sleepy Hills, is a whimsical area filled with Disney Characters. It’s a big hit with the kids! 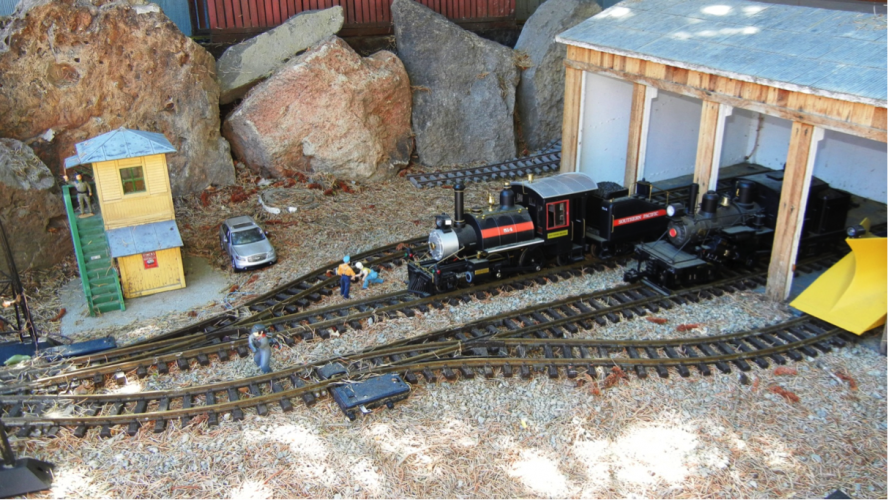 Malfunction Junction is a multilevel rail line of about 300 ft. of track in its 10th year of operation. Garden beds were transformed into track beds. Several community areas are in place and a sawmill sits at the pond. A trolley line runs from the Gate Entrance to the Park area with a stop at Middletown near the airport. The main track is a loop and the top runs along the fence. The fence is used as a base for building facades. There is a rail yard with a four bay engine house. This railroad has been built from scratch including most buildings, trestles and tunnels. Twelve volt DC track power is used with Aristo-Craft control. Scale sized plants, trees and vegetation are used in the rail areas. There are activities for kids, too. 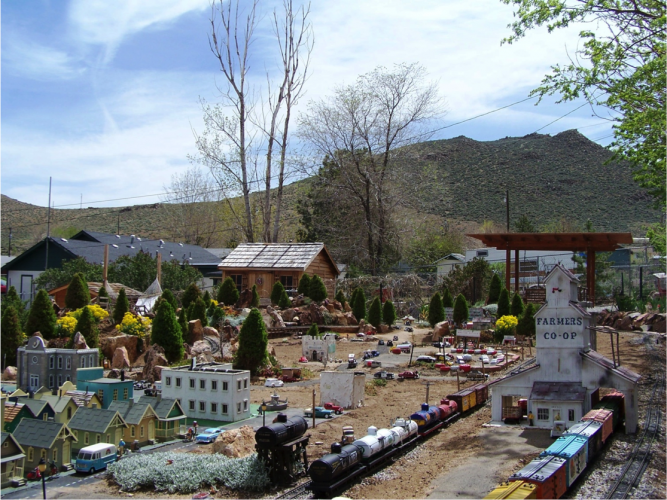 We would like to invite you to come enjoy ten years of our labor of love. It is a family effort between my wife and myself. My wife takes care of planting and maintaining the landscaping. I run and maintain the trains. Scratch buildings are done by both of us. You will see 1,000 feet of track divided between three themes – the 1950’s, 1890’s and a Bavarian. There are fifty scratch built buildings and some unique kits. There are portrayals of real places and fictional ones. You will also see a pond, thirty-five foot stream, hundreds of trees and plants all to scale and a mountain range with real rock features. We will have as many as seven trains running at one time. Some trains will be track powered and some battery powered, most with sound. You can walk all the way around our 40 ft X 60 ft. layout. It is on two levels with lots of seating available. Hope to see you. 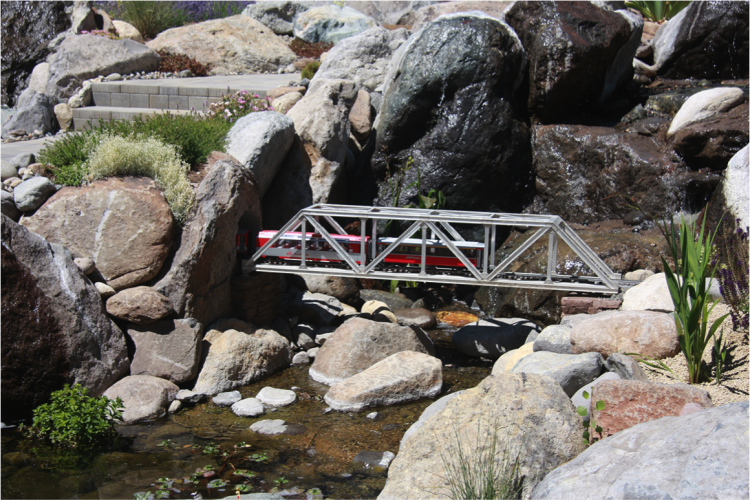 Come see the largest garden railroad in northern Nevada – the Alpine and Western Pacific Railroad! Located in south Reno in beautiful Arrow Creek, this garden railroad features over 2,500 feet of track, ten tunnels and five bridges. The Alpine and Western Pacific Railroad enjoys a scenic ride past spectacular waterfalls, beautiful ponds, fire  pits and even travels through the house. The train is all DCC controlled and passes through a large helix under the house. Hawley began building this remarkable railroad in 2004 and he continues to expand it. This garden railroad is not to be missed! 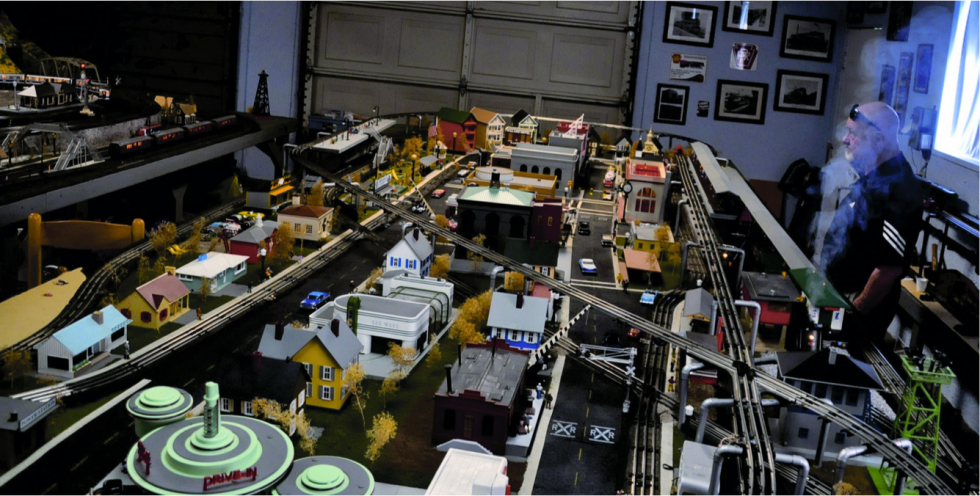 Trains are in the detached garage. The main layout is a passenger train layout only. It is 24 ft by 24 ft., 3 rail O gauge using MTH power and cars. The layout is in the garage next to the house. The scenery is 90% complete. A PCC car runs around thte town, with a New York Subway, a Lackawanna MU train and a Budd Car train going to the suburbs. In addition, long distance passenger trains stop at the city station. Trains enter and leave the city on two levels of track. Next to the main layout there is a small shelf layout with Lionel freight operating equipment from the 1950’s. Above the shelf layout is a small yard for parking trains.