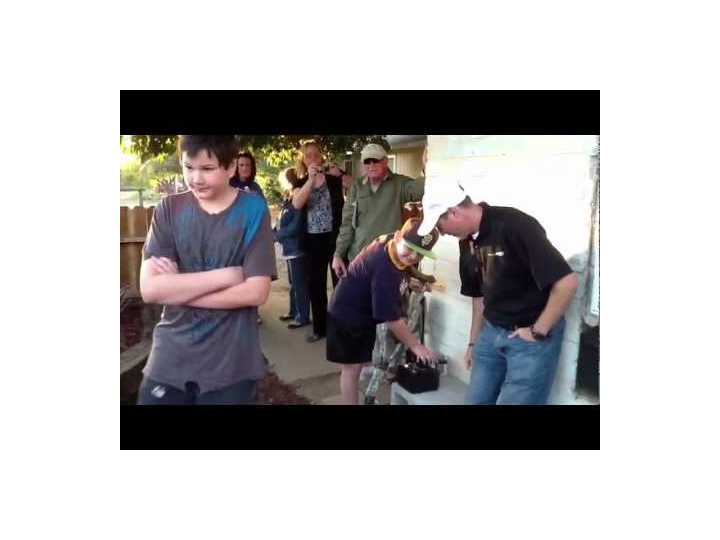 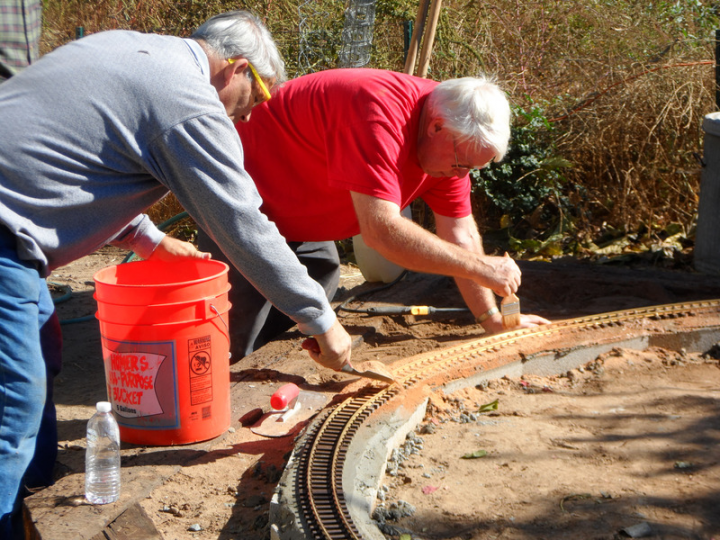 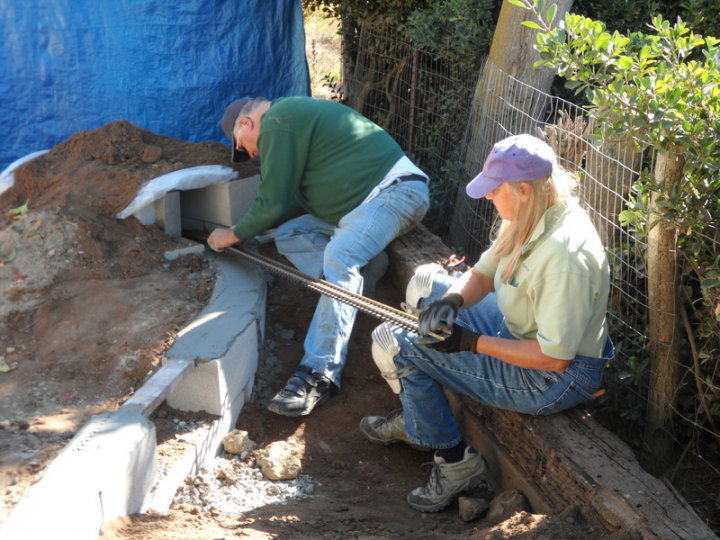 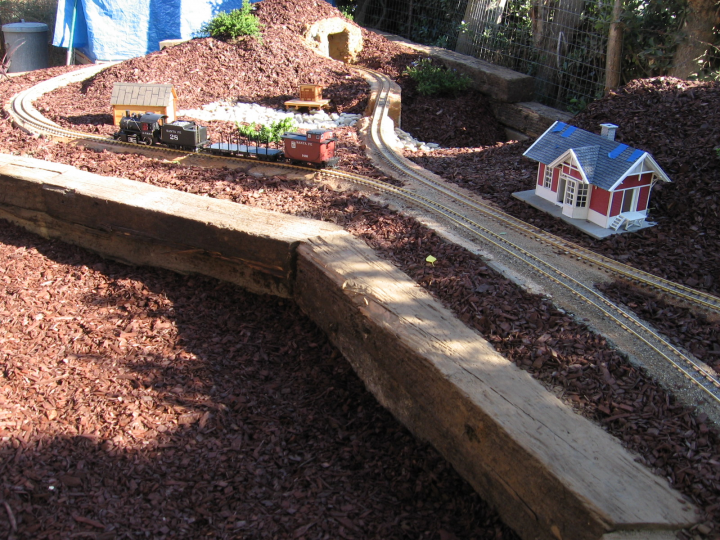 No, I’m not talking about the Giants going to the World Series, though the way they are playing is certainly surprising.

After that initial conversation, I met with Tricia and some folks at Home Depot to see how we could make this wish come true. We decided on a simple loop of track in a raised flower bed, so David wouldn’t have to get on his hands and knees to work with it. Home Depot provided the base materials; then Tricia went to RC Hobbies to get track, power supply, train and other stuff.

Then I was gone for two weeks, but while I was gone other club members met with the other volunteers and began the layout with a clean out of the back yard, and laying in of concrete blocks for the road base, and real railroad ties as a raised flower bed.

When I returned to Northern California, seven SVGRS members made our way back down to Hughson to put the finishing touches on the layout. Some of our members took pictures which are on the SVGRS yahoo list, if you’d like to see more of them.

It was a long fun day, but we started just before 9AM and by 5PM we had the entire layout finished, and train running.

Special thanks to those who volunteered to work, but weren’t able to keep up with the moving target of work days, and to those who donated building to add to the layout.

Oh, and if you get a chance to get on You tube, you can see the great reveal! David’s face is priceless, as was the entire event: http://www.youtube.com/watch?v=Nbi8AGaUE3g&sns=em