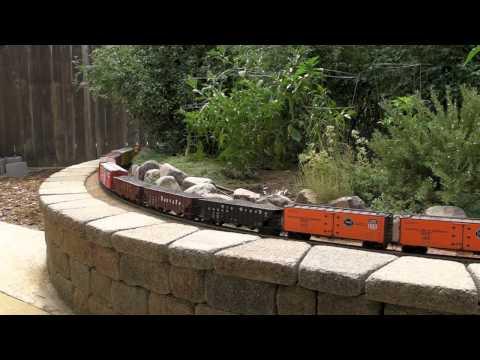 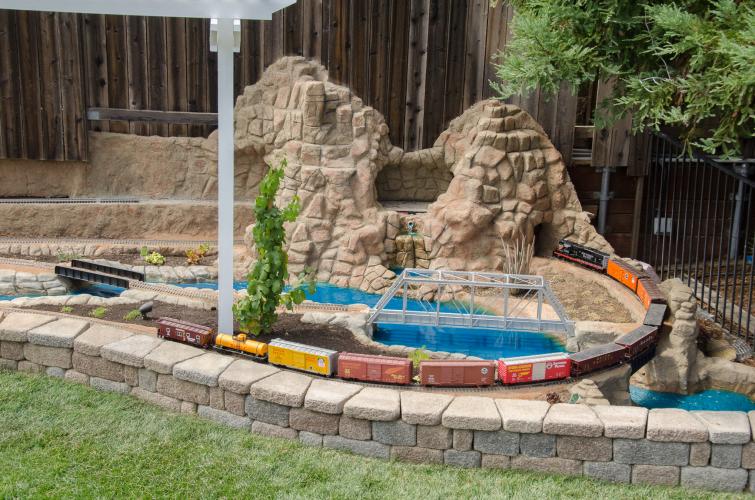 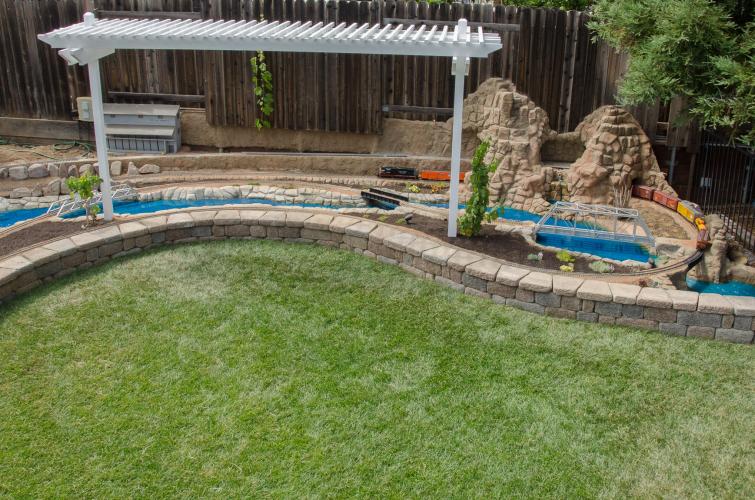 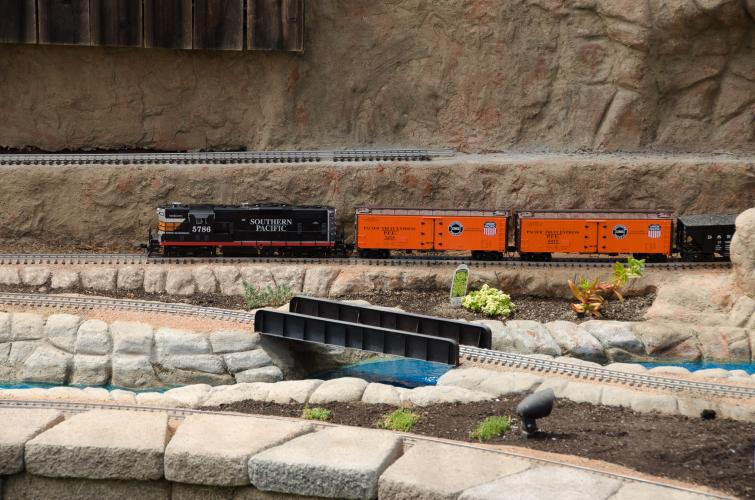 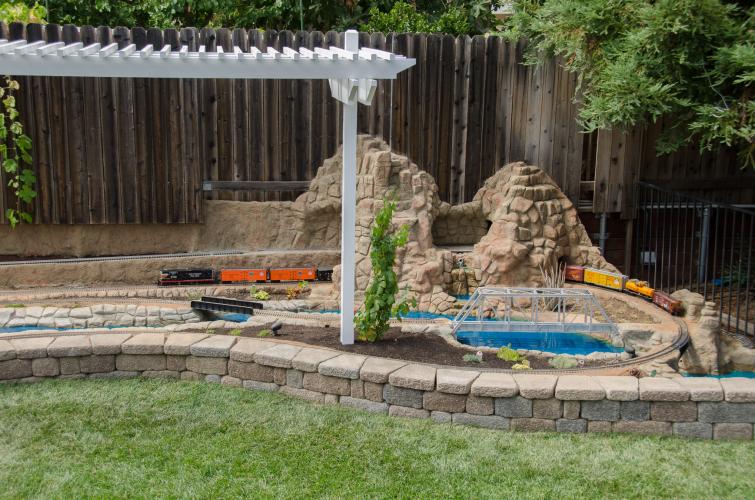 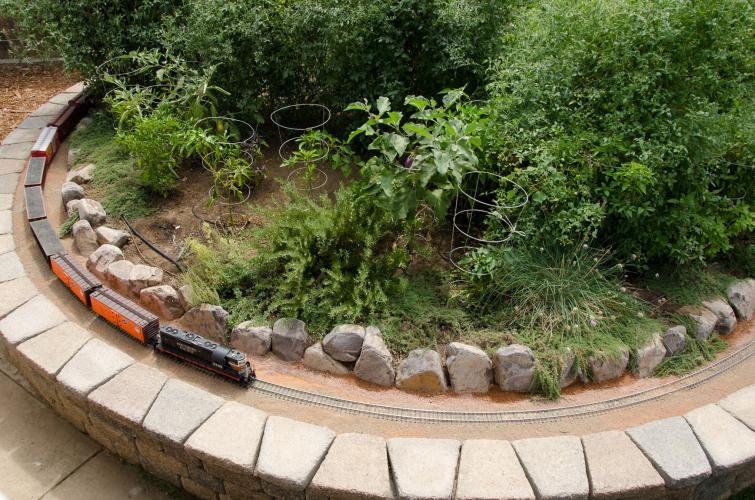 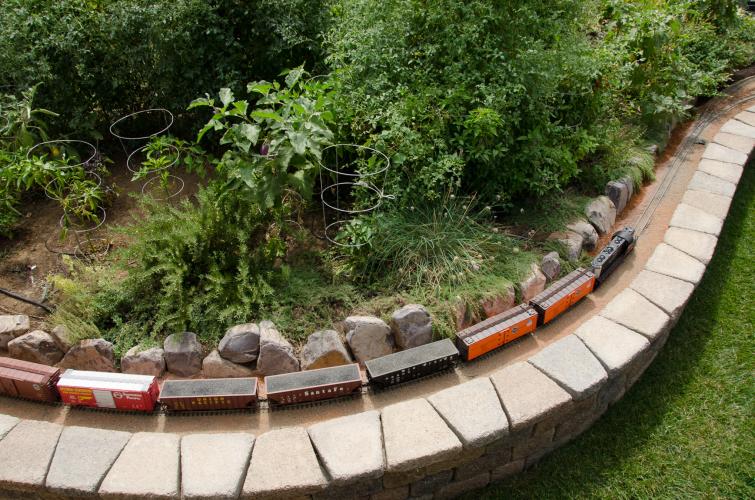 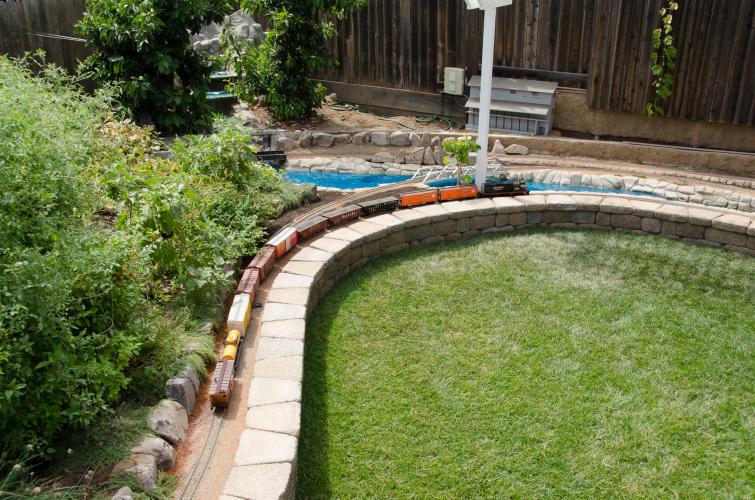 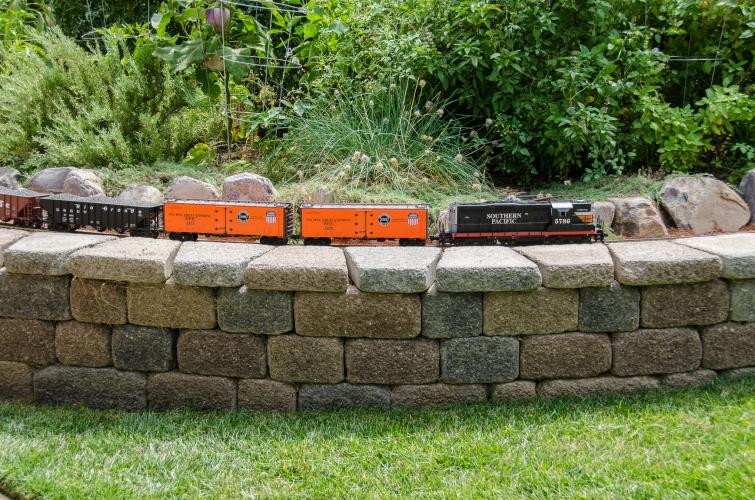 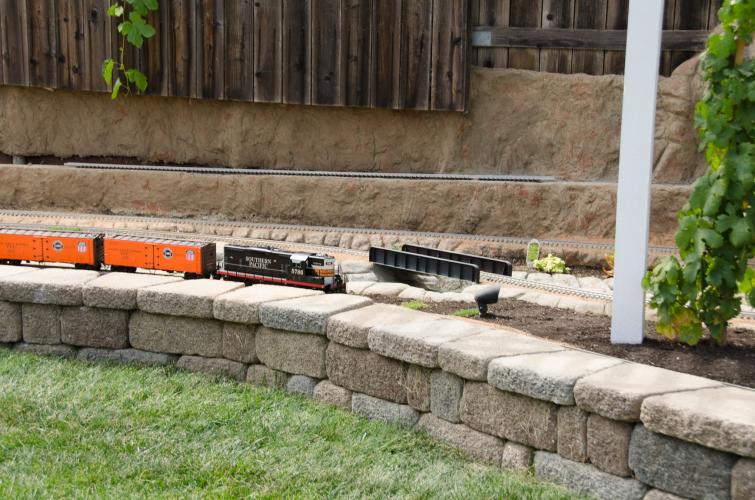 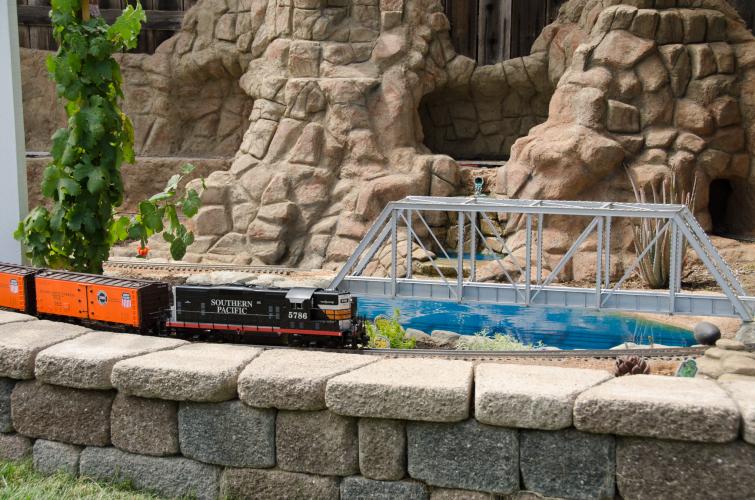 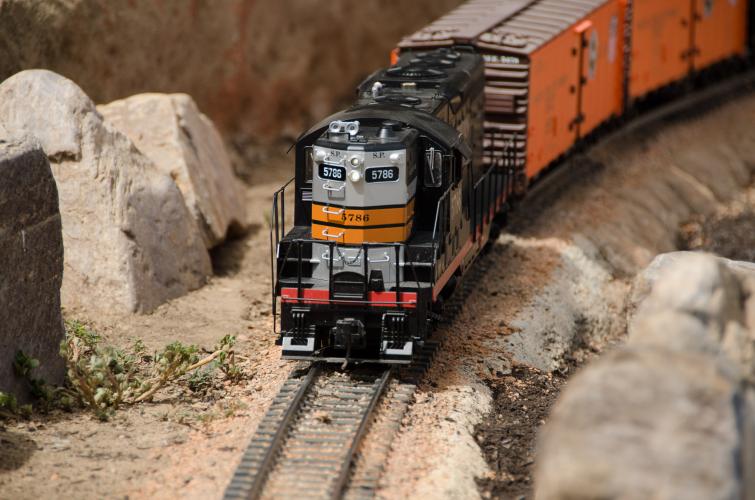 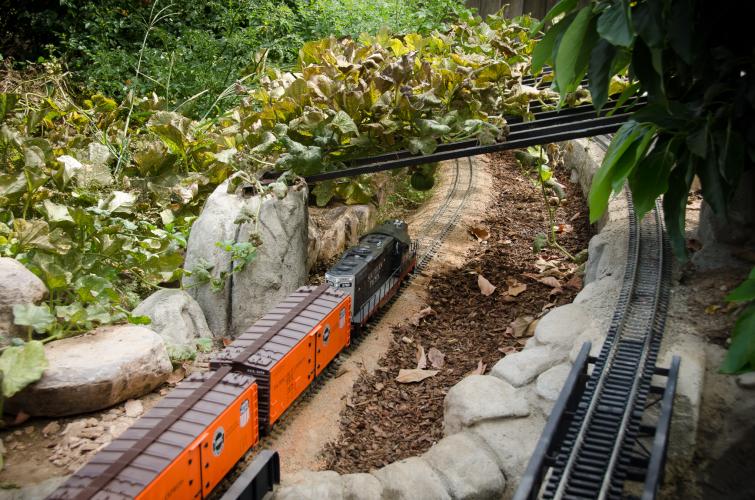 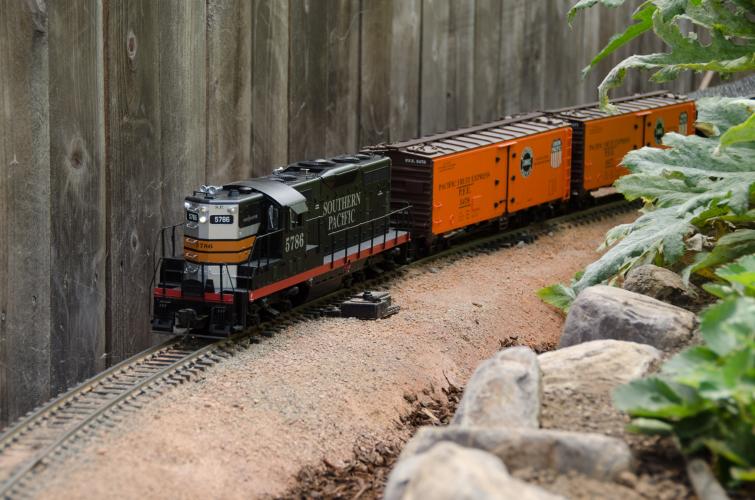 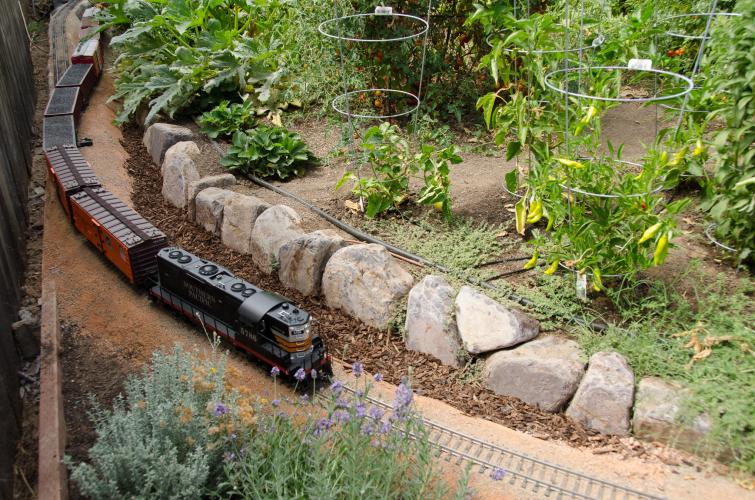 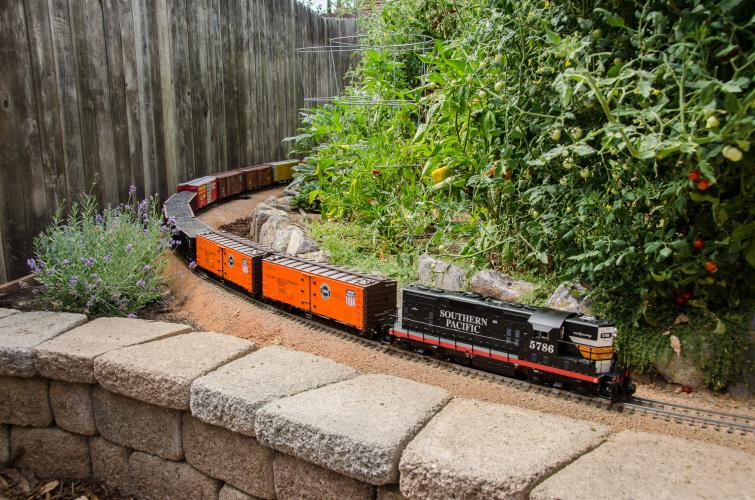 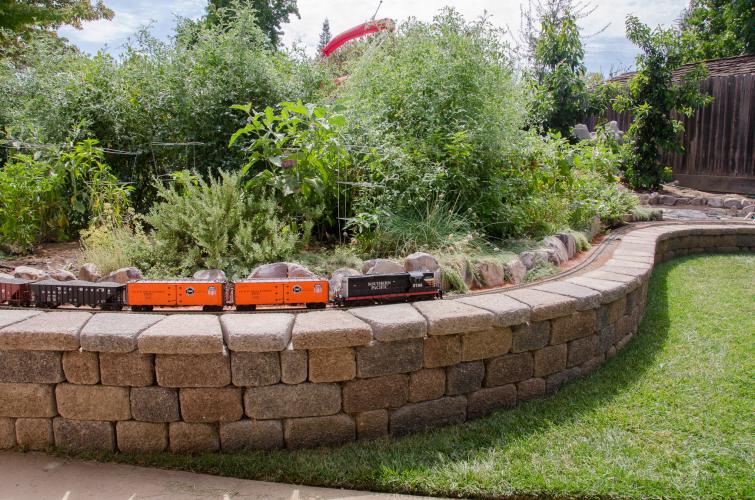 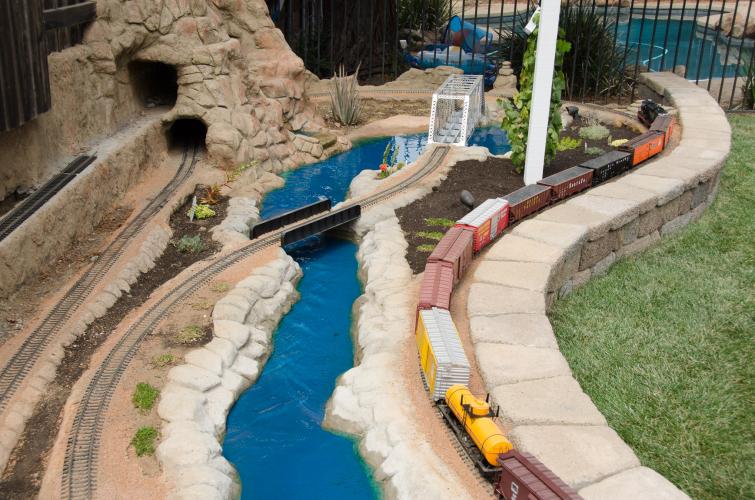 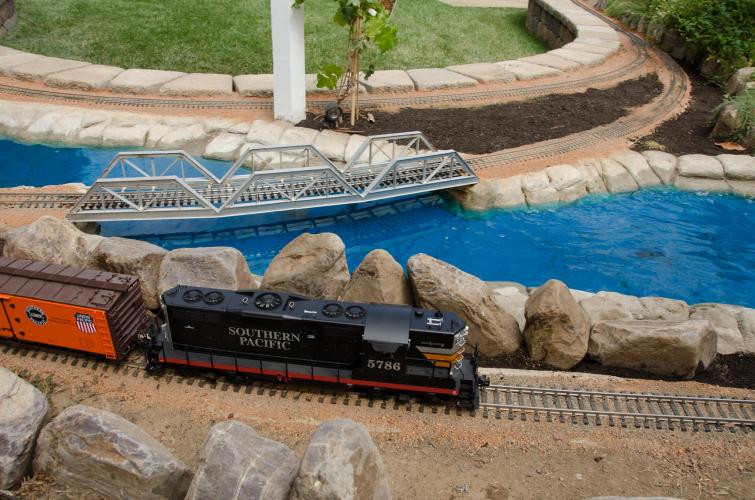 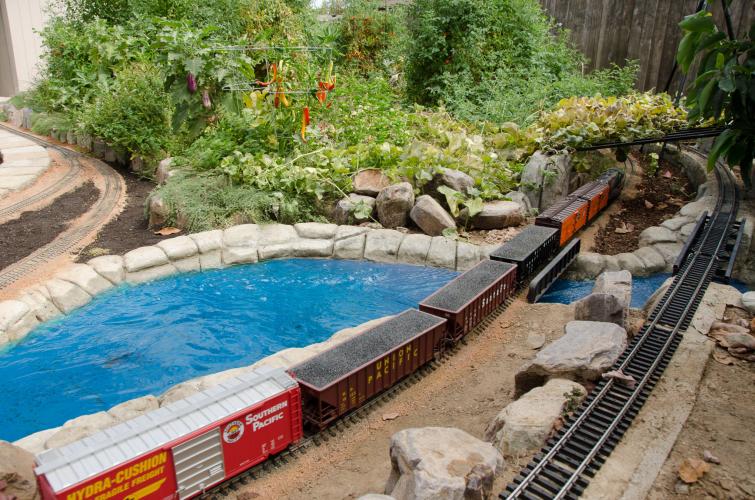 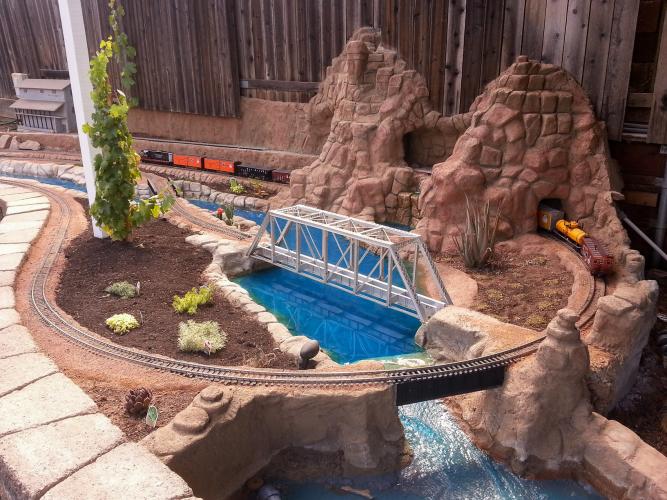 Our garden railway still doesn’t have a name, but we’re continue to work hard on it. We started in May 2010, and we were [barely] ready for our first open house for a SVGRS membership meeting in August 2012.This year progress has included painting the water feature, planting more plants, re-ballasting everything, and building a grape arbor (thanks Bob Dean!).Not shown here is that we’ve also been working on the far opposite side of the yard on more roadbed for the future mainline expansion!The Howe Truss and Pinned Pratt bridges shown will be part of the mainline that’s currently just a siding. Our goal is to complete the ~450 foot mainline (which will wrap around the back of the pool to the other side of the house) in time for the WCRM next year.

A video taken at the same time as these pictures can also be viewed on YouTube (posted in support of the USAT G Scale Group which I’m involved with).