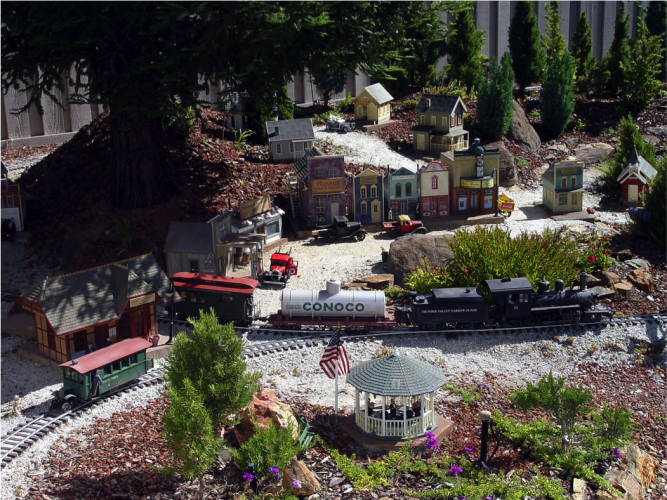 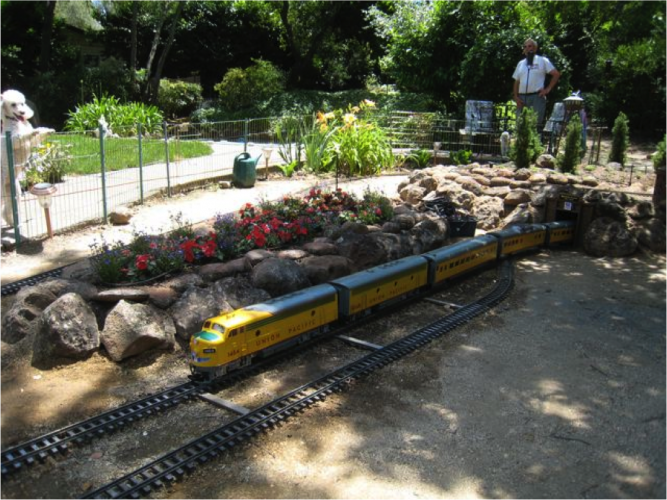 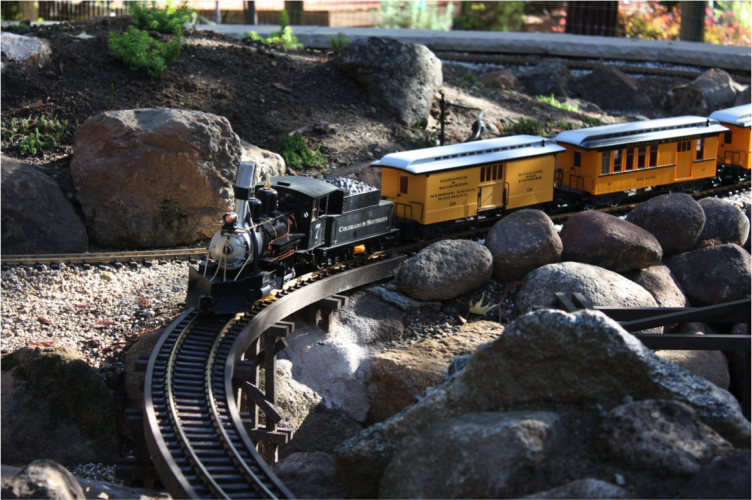 We have about 300 ft. of track with two loops, one double cross over, two trestles, one bridge and a tunnel. There is a water feature. Early west narrow gauge is the theme. I run primarily battery, but track power is available. 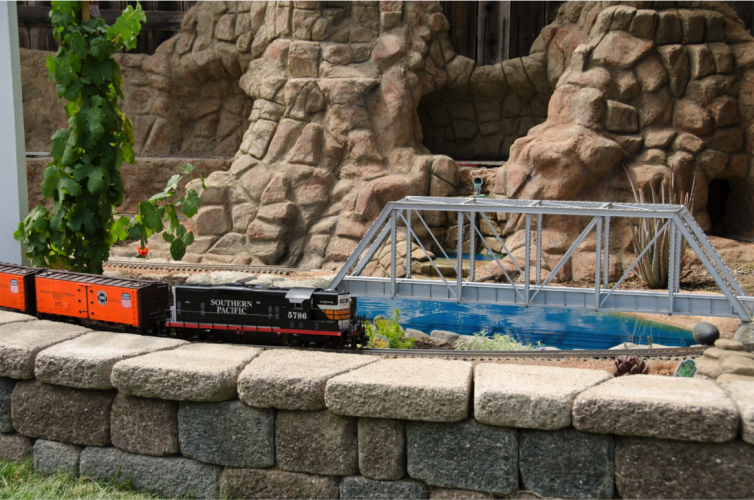 The DE&N Narrow Gauge Railway began in 1994 in the front courtyard and double tracked down the side yard. By 2003 the railway had expanded around the entire backyard. Today’s railway is constructed from remnants of a previous layout, several club projects and many truckloads of broken concrete. It features two rivers, several tunnels, bridges, waterfalls and custom buildings. There are two duck-under bridges with 5′ 6″ clearance crossing the side yard canyon. New this year is the beginning of a 25′ X 42′ indoor railway and workshop in the attic. 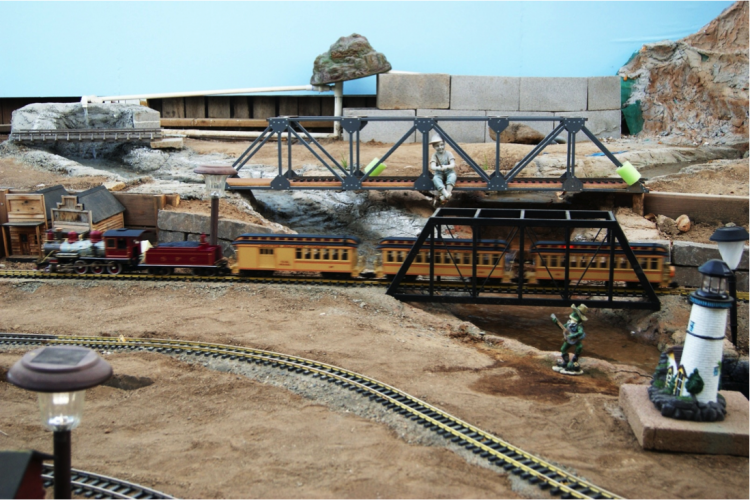