A 3D printer is a machine that makes real live things in three dimensions (duh).  They’ve been around for several years, at prices beyond the wallets of most mortals.  Prices have been falling as more companies get into the business.  A couple of years ago, I bought one as a kit, and have it almost completed.

Until that day arrives, I found a way to learn how to use one.  The Sacramento Public Library has a 3D printing lab at its Arcade Branch (Marconi west of Fulton).  It has three printers, four computers, and a 3D scanner.  Plus they have aides to answer questions and provide help with finding things to print. 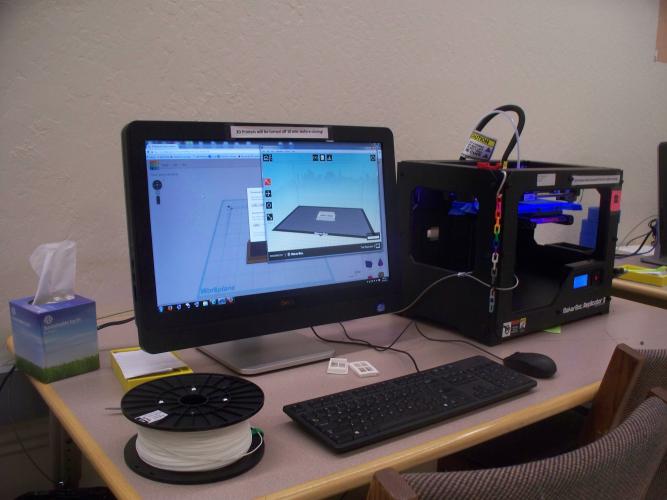 Since so many manufacturers of Large Scale Equipment have gone out of business, finding replacement parts has become a problem.  Either you do without, or you try to find someone with one in their scrap box.  Now you can make another one if you invest the time, or can find someone to do it for you.

Because I try to model in 1:32 scale, most everything has to be custom made, Manipulating small pieces, gluing them together, and then watching them fall apart after a couple of seasons outdoors is a lot of work for little utility.  Making them on a 3D printer in one piece out of plastic seems like a good solution to me.

I’ve started with simple things:  a replacement draw bar (original was broken),  some simple windows and doors, and some station signs. 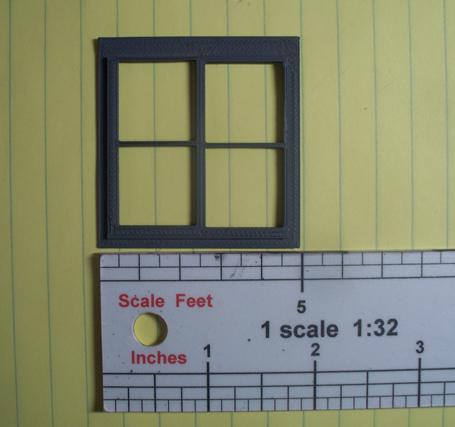 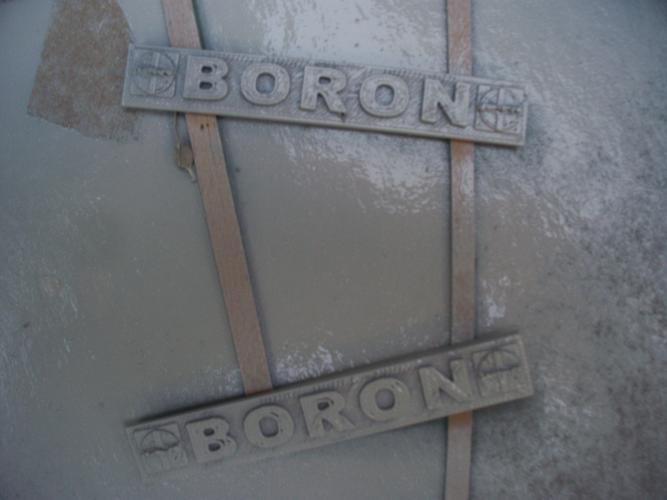 “But,” you may say, “isn’t this hard to learn?”  It can be, but there is a simple 3D design program on the web that will word on either Mac’s or PC’s.  it’s called “Tinkercad” <tinkercad.com>.  It uses a simple graphic interface with fourth graders can use, thus giving this old guy a fighting chance.

The price is right too.  Everything at the Library is free: use of the computers and printers, materials used in the printers, and help from people who really know how to do this.   The Lab is open Tuesdays and Wednesdays from 3P to 8P, and from 10A to 5P on Saturdays.

Here’s the start of my Boron Station project.  Foundation wall and the rear wall.  Window was printed as part of the wall.  Foundation is separate (and glued to wall) as the printer can’t do the full height of both foundation and wall. 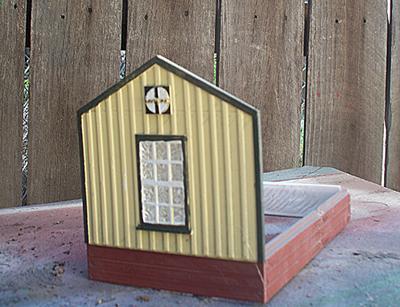 The project has slowed down some, as I’ve been trying to get my home printer to work.  The library, on the other hand, has received a fourth Makerbot printer, and their Printrbot Jr works very well.  I’ve been working on the side walls, which have to be printed in two parts (each) as those walls are too long for the printers (about a foot long each).